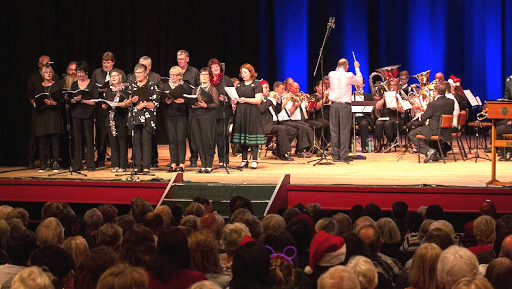 
On the 16th of December, the band performed at the Carols by Candlelight, to the delight of near 600 people. In conjunction with the choir, the band performed a large number of carols for the audience to sing along to. As the event was a charity event, the collections managed to raise $1700, which is fantastic and up on recent years. Thanks goes to the Timaru Salvation Army Band, who joined forces with us in this festive concert.