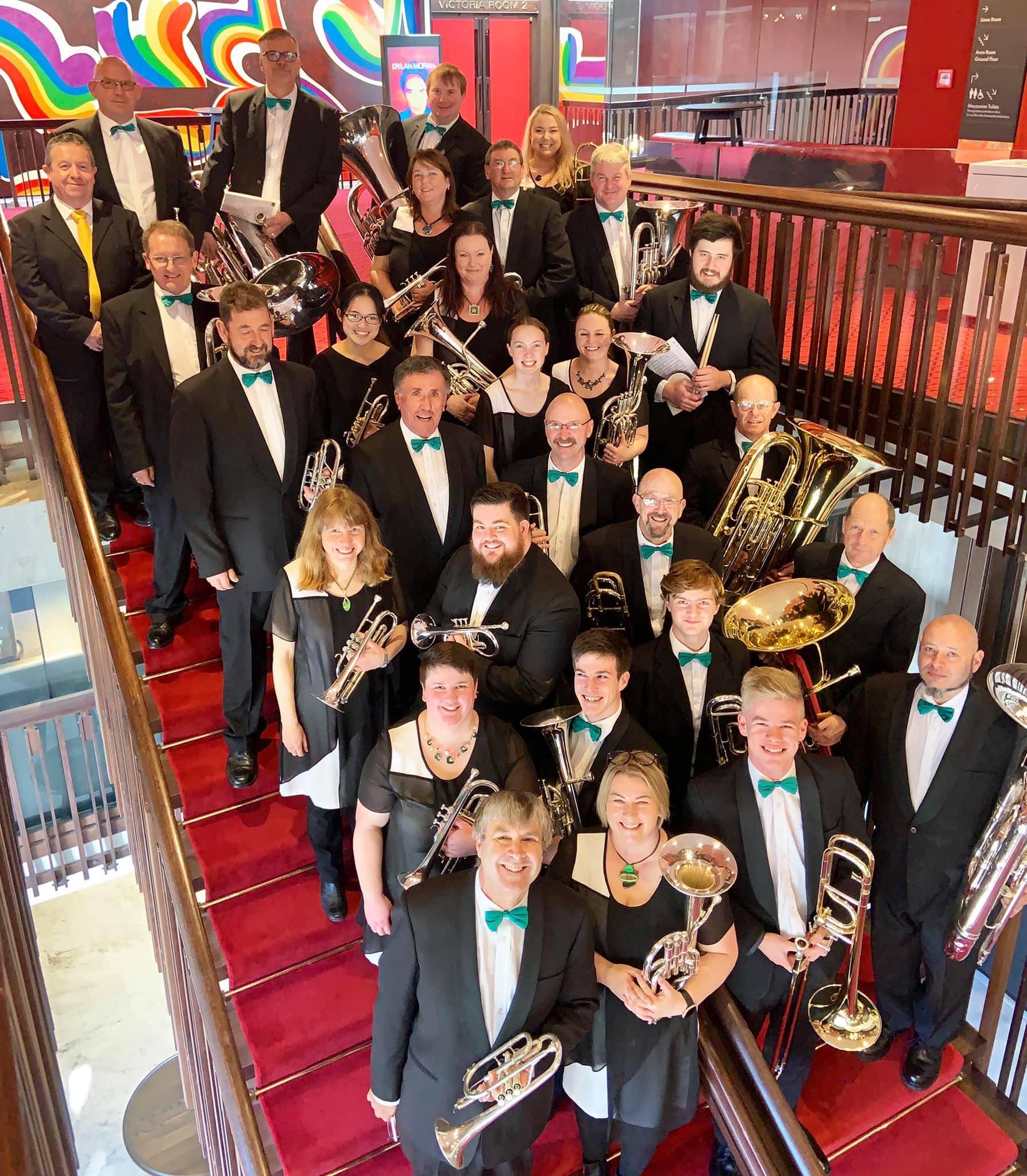 The band recently competed in the CPBBA Provincial Contest, held at the Christchurch Town Hall in the James Hay Theatre, over the weekend of 28th-29th September 2019. The band came into the contest having had a long break between contesting, the last competition being Otago Provincials in April, as the band could not attend Hamilton Nationals due to cost. With the format change this year, moving the band events to the Sunday, the band decided to have rehearsal on Saturday, so no band members competed in the solos or ensembles this year.

In the band events, Timaru had fine competition in Addington Brass, who were much fresher having just come back from competing at Wellington Provincial Contest, placing second to Upper Hutt City Brass. However, on the stage, Timaru managed to pull off a clean sweep of results, winning the Hymn with The Day Thou Gavest, winning the Test with A London Overture, and winning the Entertainment with pieces such as Opus One, Georgia on my Mind featuring Principal Cornet for St Kilda Logan Ford, Cute, and Birdland to round out the programme. Addington Brass were only behind by a point in the Hymn and Test, and two points in the Entertainment. The band had a great sound on stage and played very well, overall a successful weekend and a good roundoff to our contesting year!

This contest also turned out to be the last for Musical Director Shane Foster, who has decided to move on to a new position with St Kilda, after spending three and a half years with Timaru Brass. The band would like to thank him for his time as Musical Director, especially coming in only a few weeks before a regional contest back in 2016. The band achieved some fantastic results under him and advanced the overall musical ability hugely, and we wish him all the best for his future endeavours.

Next up for Timaru is the annual Seafarers concert, followed by our Christmas parades, Carols by Candlelight, and you might catch us around the region doing some caroling! Plenty of gigs to keep us active over the festive period!

We would also like to use this update to remind people of our current vacancies; 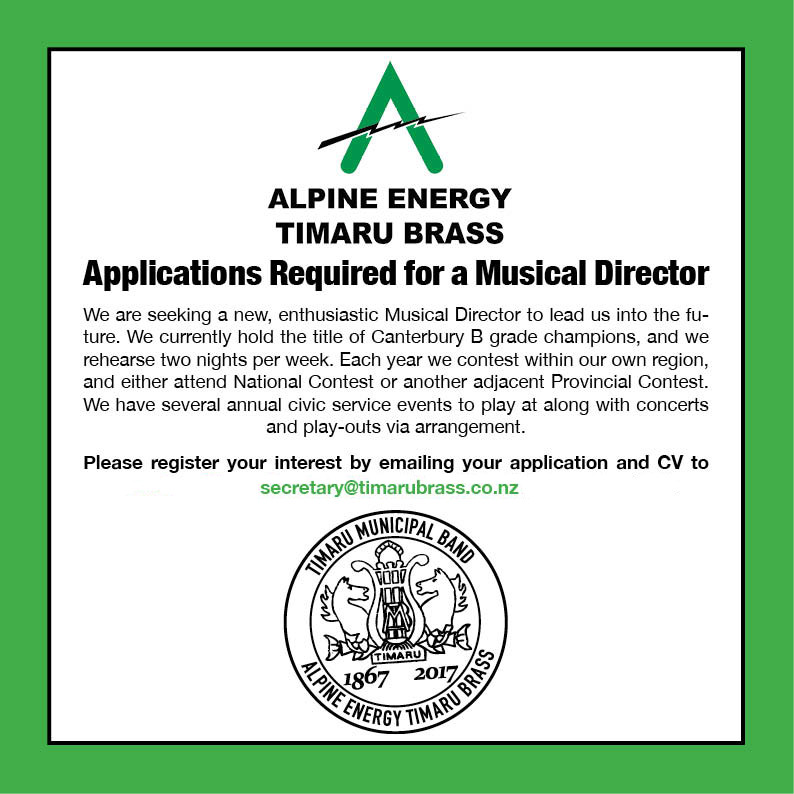